DESIGNED TO SHOW YOU’VE MADE SOMETHING OF YOURSELF.

ACHIEVED SOMETHING. YOU KNOW, GROWN UP A BIT.... 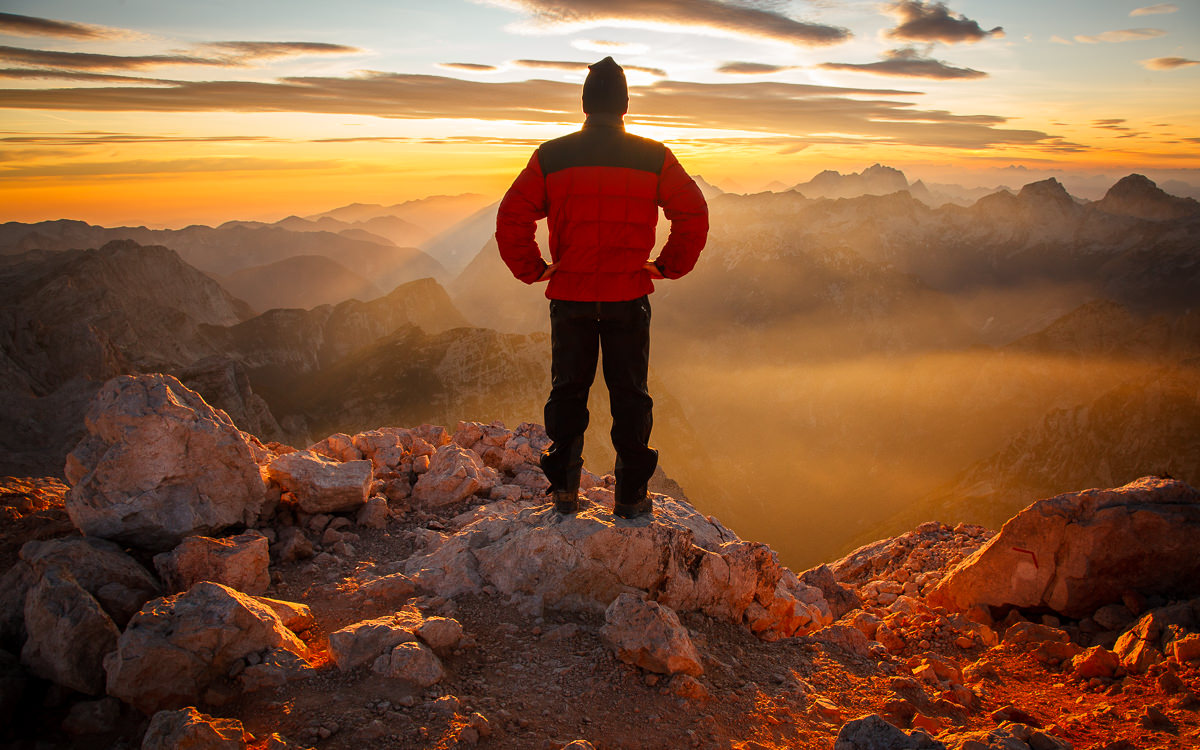 THEY’RE USUALLY GRAB BAGS OF ACCOMPLISHMENTS
DESIGNED TO SHOW YOU’VE MADE SOMETHING OF YOURSELF.
ACHIEVED SOMETHING. YOU KNOW, GROWN UP A BIT….

But meh, responsibility:  that’s for the birds. It was one of the few essential realisations I actually cottoned onto early in life, not long after high school when I skipped out of university to spend a winter skiing at Thredbo. I did actually go back and finish my degree, but then I took off: more winters at Thredbo; five at Whistler. There was also three months of hiking solo through the Canadian Rockies.

After then bumming around Japan and Asia for six years, I came to another realisation: I had considerable talent for this dodging work thingy. So much so, I figured I should get paid for it. Lacking the talent for sponsorship, I did the next best thing: I became an adventure writer and photographer.

I kicked off my career with a 16-page feature for Australian Geographic on another solo hike, this time a 52-day jaunt through the Japan Alps. Since then, in the name of “work”, for publications like Men’s Health, Outdoor, Wild, Nat Geo Traveller, Bike, Lonely Planet, and of course Aus Geo, I’ve cycled across the Kimberley, skied in Kashmir, freedived off the coast of Lombok and sea kayaked through the enormous swells surrounding Tasmania. I’ve hung off the sides of mountains and cliffs in New Zealand, North America, Europe and Oz; paddled class five rapids in North Queensland; mountain biked in Bhutan; and sailed the Sydney to Hobart. I’ve skied with the US ski team, ridden with the pro cycling team of Orica GreenEdge, and sparred with a ten-time boxing and Muay Thai world champion (I didn’t win). In the steamy jungles of Indonesia, I’ve chewed betel nut with machete-wielding head-hunters, and in Papua New Guinea, walked from the north coast to the south in regions so remote the kids hadn’t yet seen white men. 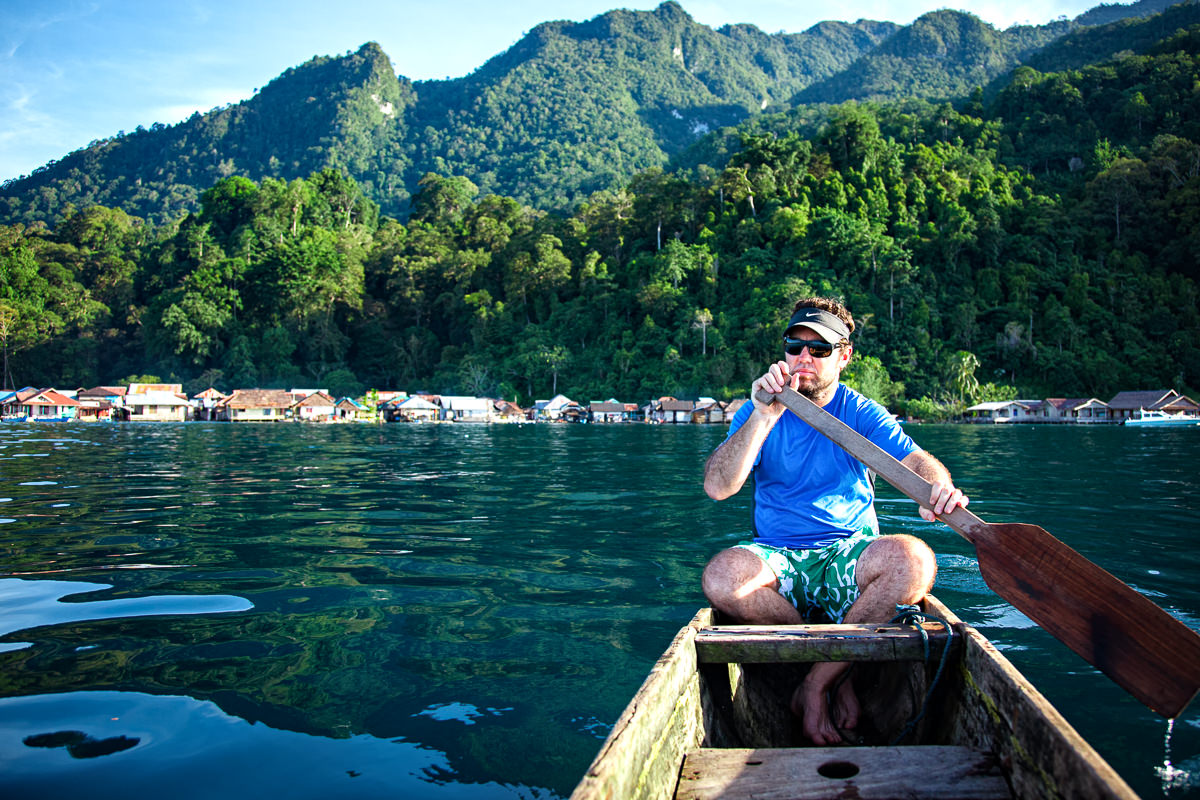 All this hasn’t been entirely easy. Along the way, I’ve eaten dogs, snakes, crickets, cuscuses, cow ovaries, larvae, and also not eaten at all. I’ve spent ten days in complete and utter silence in a monastery. And nor has it been pain-free. I’ve been bitten by a snake, chased by grizzly bears, and stalked by tigers and crocs. I’ve had dengue fever, jungle footrot, prickly heat, giardia, and amoebic dysentery. I’ve been caught in avalanches, knocked off ice-climbs, and fallen off cliffs (one of those occasions being a real doozy – a triple-fractured pelvis, four broken ribs, a punctured lung, double-fractured wrist, dislocated shoulder, a handful of cracked vertebrae, and a ruptured kidney). Nor was that was not the only time when I’ve broken ribs, punctured a lung, and fractured vertebrae in the one hit (and FYI, I still kept on with the story, interviewing and shooting pics for the day to come). There was also a Utah skiing accident that had trickier consequences, when I broke both arms. I know what you’re thinking; how did I wipe my butt?

So I’ve done OK at avoiding the whole growing up thing. Then again, if you consider the most important metrics when it comes to evading responsibility, you’d say I’ve failed. Spectacularly. I’m married. And I have a four-year-old son. But those two failures are by far the best successes of my life.

I am currently based in Sydney, Australia, and am the Editor of Wild Magazine, Australia's oldest adventure mag. 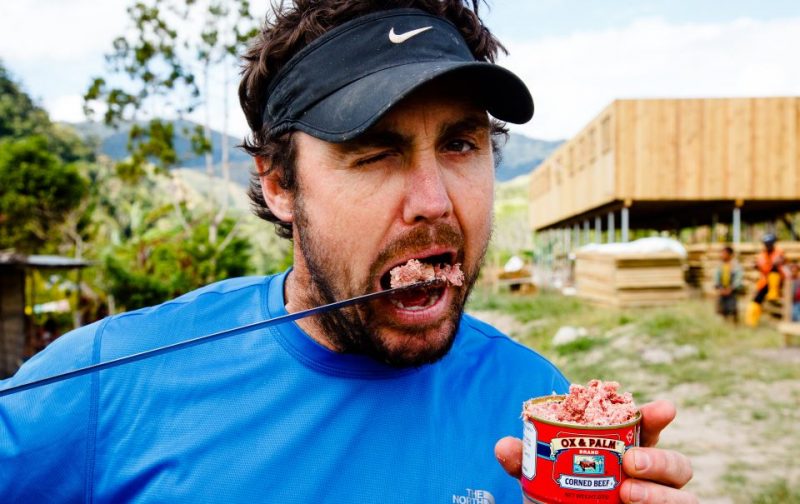 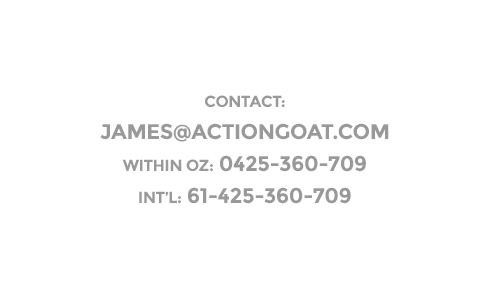